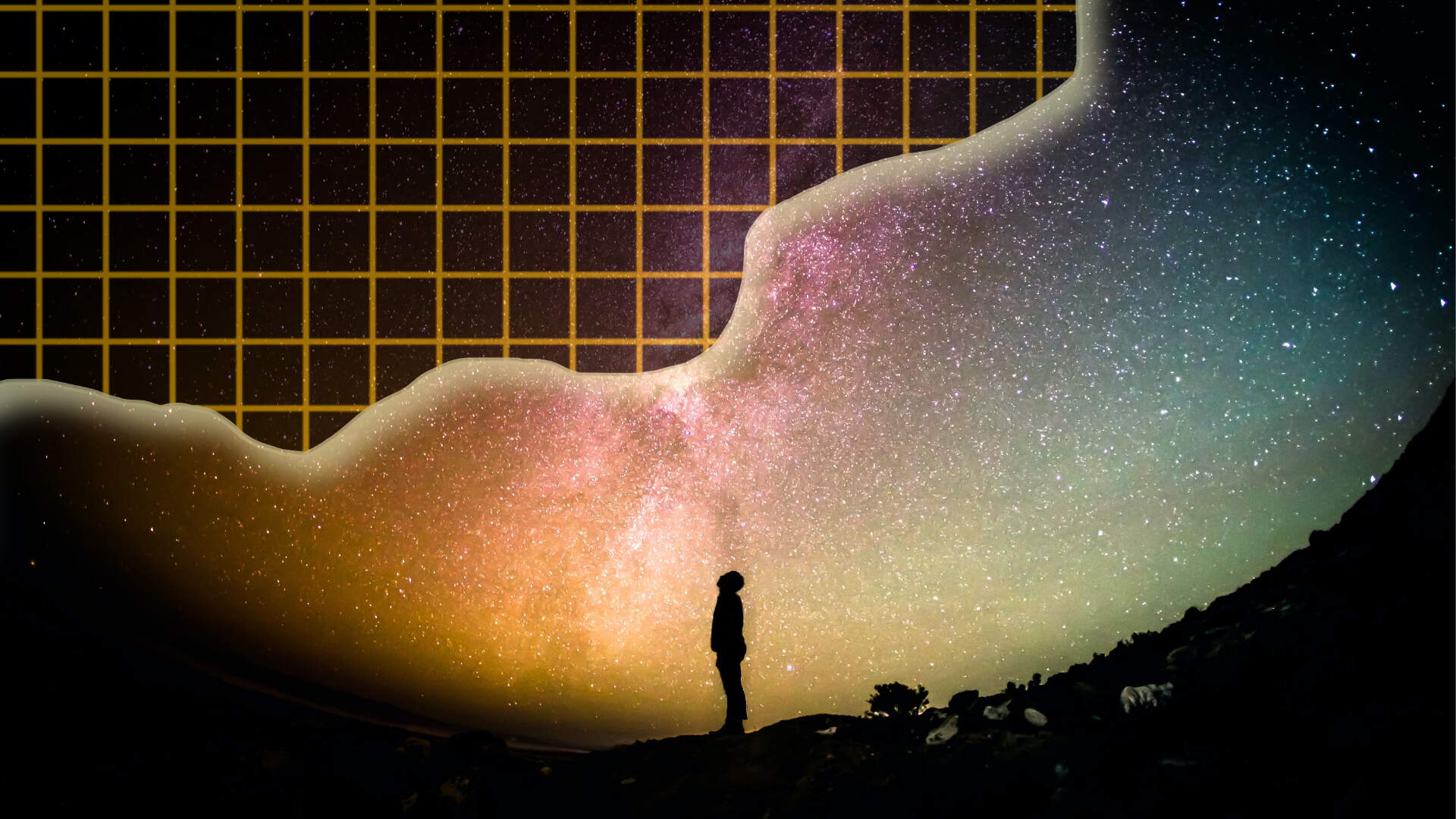 It’s that place we all know and love, and also the containing boundary of everything that ever was, is, or will be. It both defines and subsumes us, and dang if that isn’t just the way we like it. It’s the one place where through the precariousness of life we can relax, stretch out, crack open a beer, put our feet up on the desk, and say with absolute certainty, “well, at least I know this is definitely real.”

Or so we think.

The theory that our entire universe is nothing more than an elaborate simulation in which all (or maybe just one) of us is living and experiencing as though it’s a true reality isn’t new. But, it has gained a lot of popularity among the common folk in recent years thanks largely to that rich guy who smoked a blunt on a podcast one time. As a l concept it’s pretty straightforward, and I think anyone who’s successfully tried any drug more potent than acetaminophen has probably worked out the general shape of it on their own:

Someone who has the sickest gaming rig of all time is using their incredible computational power to generate an entire world complete with NPCs who, thanks to the preposterous data processing ability of this system, are functionally conscious in their own right.

The theory goes that maybe that’s where we live right now, and it’s impossible to know whether any one of us is in fact a real-life person strapped into an ultra-powerful VR headset enjoying a fun respite between rounds of Ultra-Holo-Call of Duty, or just a fake character spawned in this world to make it feel more realistic to the actual players. It’s an interesting thought experiment about the nature of reality and consciousness and what video games in the year 3082 might be like, but beyond that there’s little application to our day-to-day lives, since from inside the simulation the whole thing is totally unknowable one way or the other.

Or so we thought.

I’ve recently stumbled upon some irrefutable evidence that we are definitively living in a simulated reality. The occasional clue that something’s just a little off like when you get too much deja vu, or too many sets of twins marry other sets of twins, is visible if you just know how to look. I have provided my findings, so you may see for yourself, exclusively to the only informational source of any repute: Warranty Now Void.

ITEM ONE – My upstairs neighbor ordered the same coffee machine that I ordered on the same day, and I accidentally stole his as I tried to scam Amazon for a refund assuming they sent me two by mistake. I mean, come on, what are the odds? Sure, it is one of the best reviewed, and it does have over seventy thousand ratings, annnnnd is recommended on a lot of websites like The Wirecutter that show up whenever you google “coffee beans? become drink??? how? but good! hurry!!” I do not argue these facts. But like, come on. The same day. That’s pretty weird, right?

ITEM TWO – Searching for the breaker which would cut power to my hardwired smoke detector has revealed that my landlord took the time to lovingly and painstakingly hand-label each individual circuit’s switch “Outlets”. No loving god would create a world in which this was a possible outcome. This can only be the reflection of imperfect, hateful beings, much like ourselves, echoed in their own creation.

ITEM THREE - Sometimes when I’m in a room I see these glowing messages, just hanging right in front of me, beckoning me to come forth and leave wherever I am. If I do that, dear reader, will I just enter another room? Or another reality entirely? What do the runes E X I T really even mean? Why am I receiving these messages?

ITEM FOUR – A deadly plague has been sweeping across the planet, killing millions, many of whom are the most vulnerable among us, to which the generally accepted response is saying, “oof, big yikes, that sucks man,” while coughing on the family at the table next to you at Applebee’s. It is, of course, impossible that any person would show such disregard for the well-being of their fellow humans, let alone do anything short of uniting together in the common cause of stopping the virus and preventing any needless deaths. This is one instance where the creators of this fake reality have slipped up, programming some pretty obviously unbelievable behavior into their characters, ruining the immersion of the simulation.

ITEM FIVE – When I sit alone at night in the dark, hunched and staring into the glowing abyss of my computer screen for the sixteenth straight hour that day, I am sometimes distracted from my endless scrolling by noticing in the corner of my eye little incandescent and jagged cracks that hang in the very air itself, unconnected to any solid object, writhing and growing as if dancing to some horrible inaudible beat until they threaten to overtake my vision entirely and I give in to the anxiety, turning to face the nightmare itself, ready to scream in terror, only to find nothing but my dark and empty room.

ITEM SIX – Last week in response to a friend saying they were signing off to go watch a film, I told them, “enjoy the movie!” to which they responded, “you too!” despite the fact that I had made no mention whatsoever of any intention to also watch a movie. Once again, an obvious mistake for which the only explanation is that while this reality is unthinkably detailed, it is decidedly nothing more than a simulation.

Now, my dear likely NPC, do you see? I have laid the truth bare before you; you cannot escape the certain knowledge that this world, this reality, is nothing more than a mirage! Nothing in all of creation has any meaning or consequence whatsoever! And that, Darryl, is why it doesn’t matter that I was late for my shift this morning! Okay? You don’t even have to report me to the supervisors, because they’re definitely NPCs, so they extra-don’t matter, right?

Anyway, hit me back when you’re ready to grab lunch. 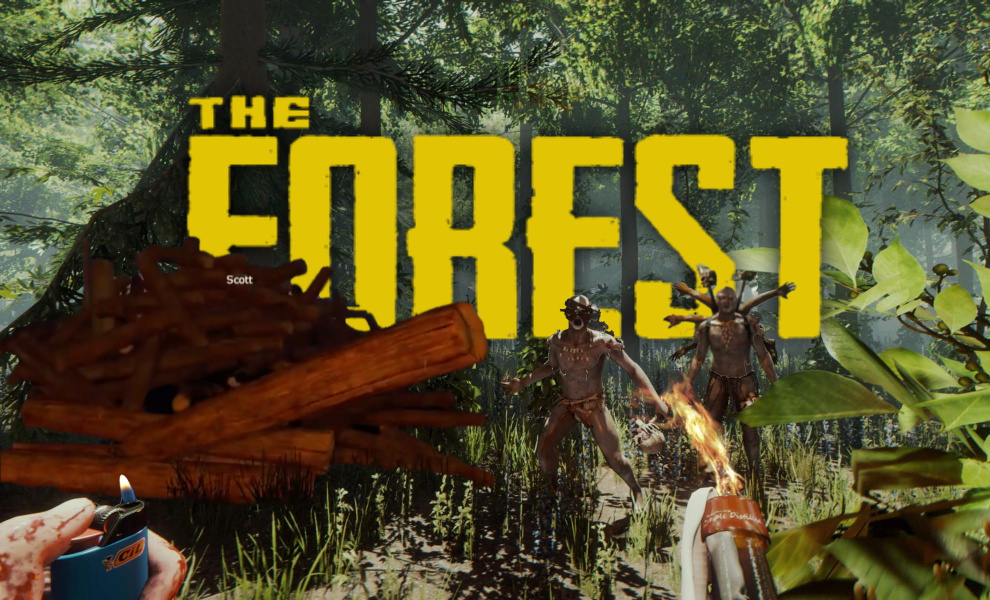 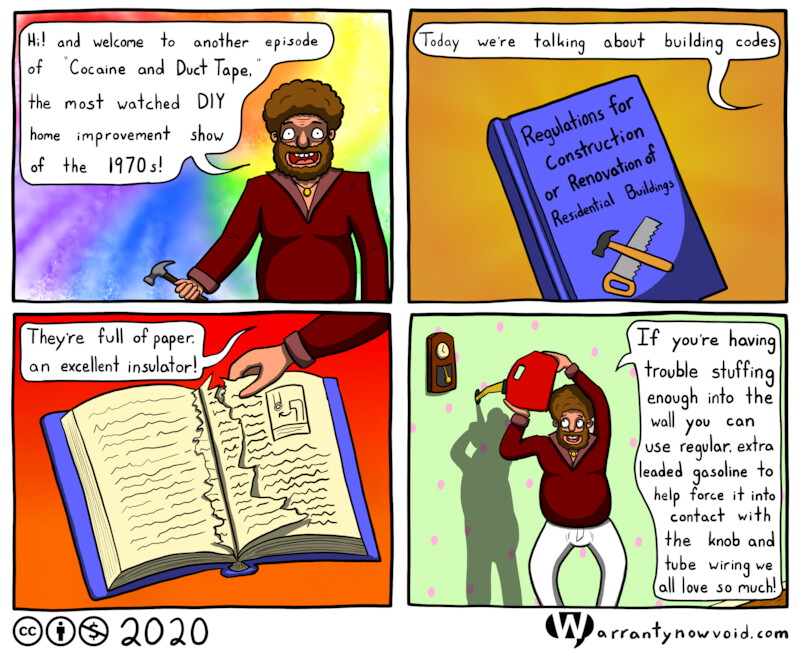 Any renter or home owner who has ever attempted doing, well, anything in an older building has had the pleasure of discovering relatively new concepts in construction like "safety" and "durability beyond the next ten minutes". 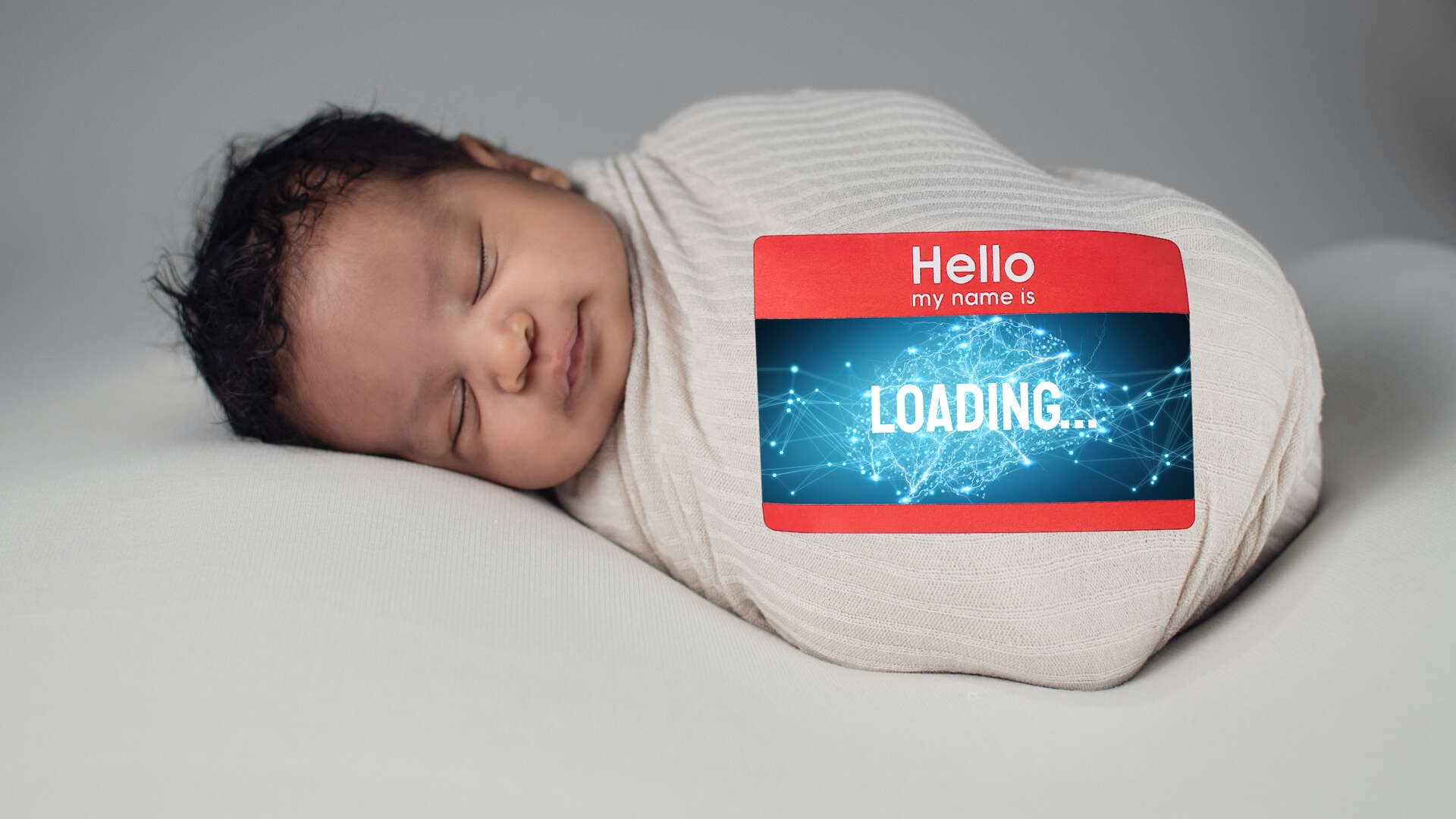 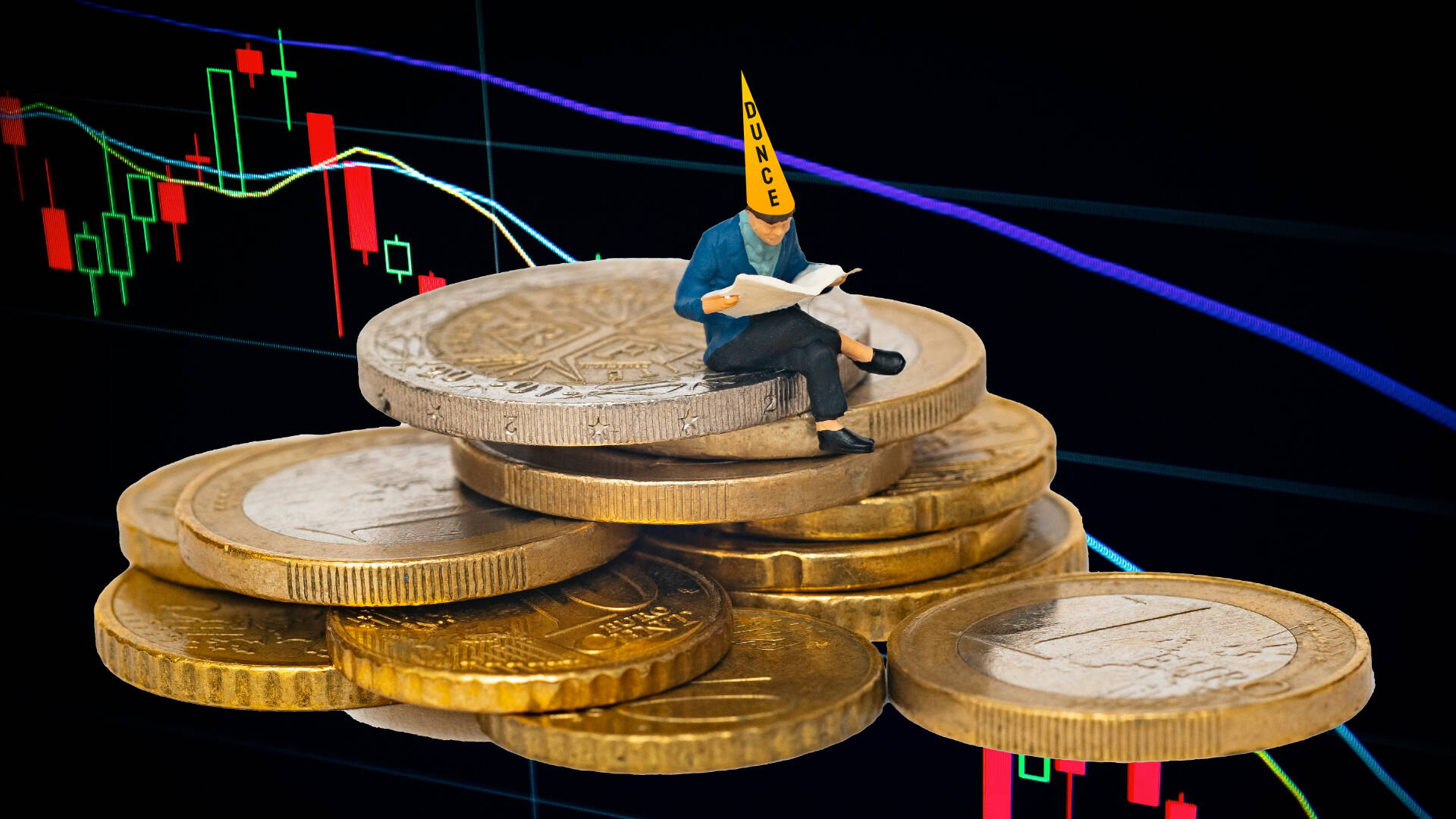 Inspired by all the recent discussion about GameStop and hedge funds? We know the feeling, it's time to start investing. Warranty Know Void is here to teach you literally everything you need to know! 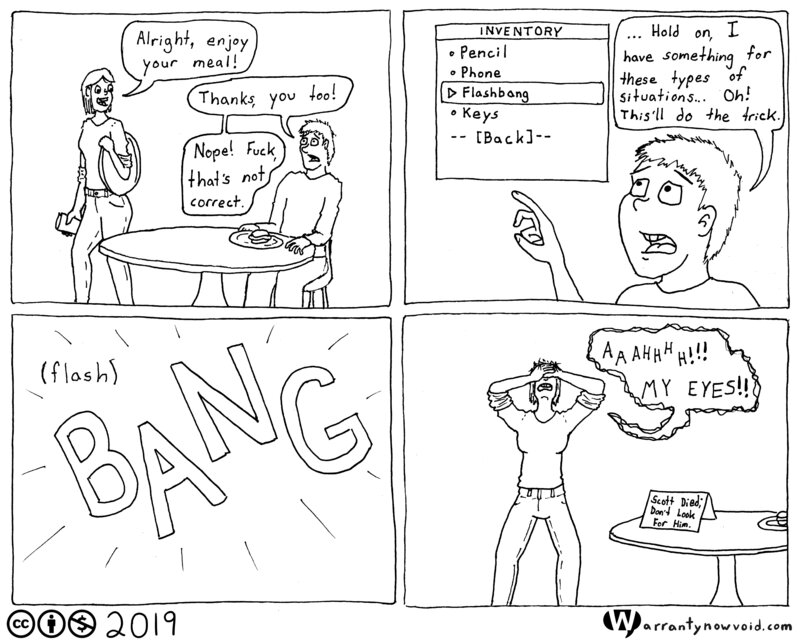